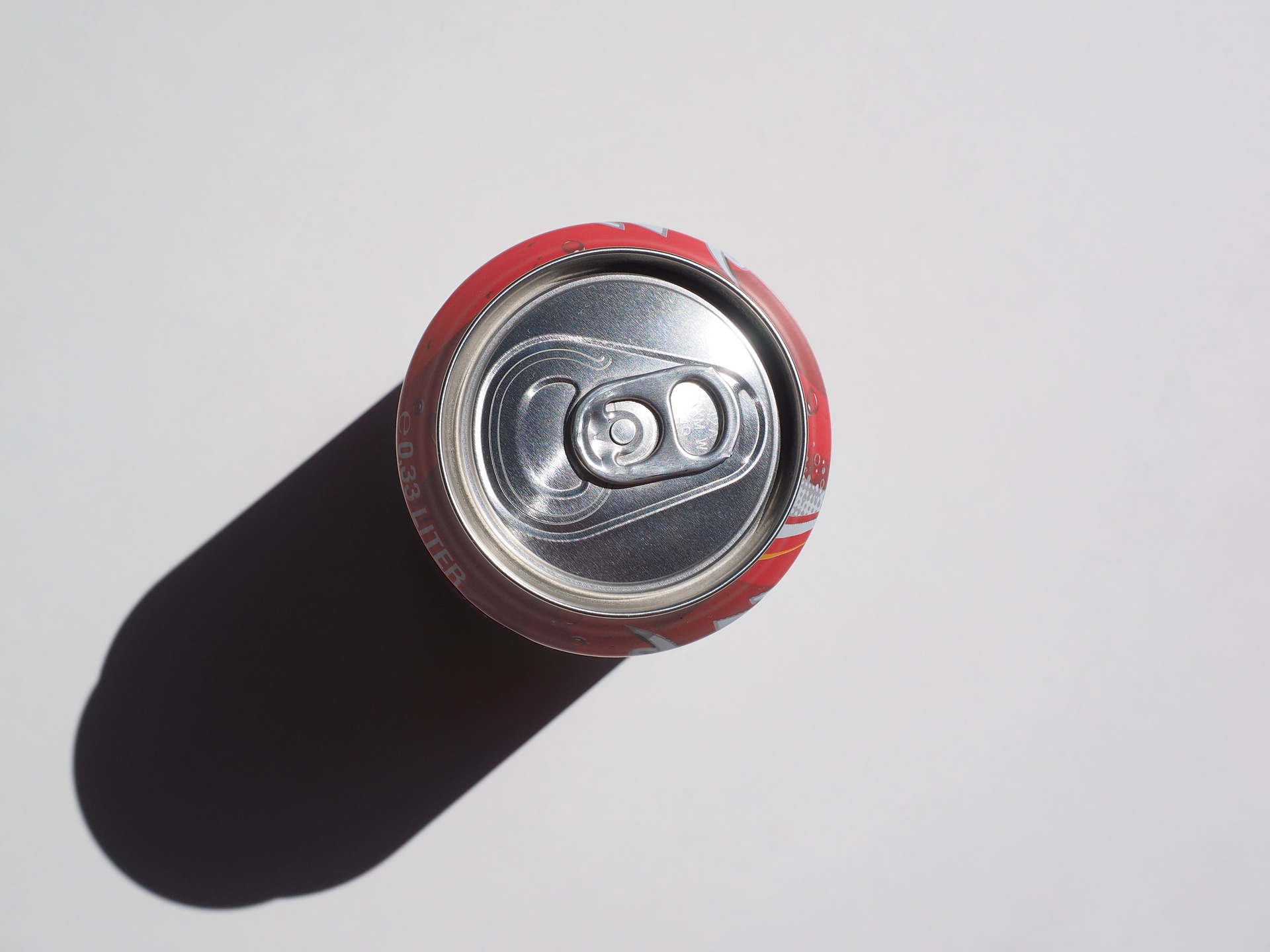 A European Union trade mark (hereinafter an “EUTM”) is a trade mark registered, or pending registration, in the European Union as a whole (as opposed to national trade marks). The administration competent to control applications, register EUTMs, and oversee related disputes, is the European Union Intellectual Property Office (“the EUIPO”). Based in Alicante (Spain), it works in close collaboration with national IP agencies, such as the French Institut National de la Propriété Intellectuelle, to assure the harmonious protection of IP rights in the Union.

This article describes how UK business and individuals can apply for an EUTM. It also emphasizes an important change caused by Brexit as to their proceedings before the EUIPO.

As a reminder, an EUTM grants IP protection over a mark, for the trade of goods and/or the provision of services, within the entire Union, for a renewable period of 10 years. During this protection period, every EUTM has a unitary character within all 27 Member States. This basically means that, once registered, the EUTM cannot “be transferred or surrendered or be the subject of a decision revoking the rights of the proprietor or declaring it invalid, [nor can] its use be prohibited, save in respect of the whole Union” (EU Trademark Regulation 2017/1001 of 14 June 2017, Art. 1).

The range of signs which can be protected as an EUTM is broad. According to Art. 4 of the EU Trademark Regulation 2017/1001 (“the Regulation”):

“an EU trade mark may consist of any sign, in particular words, including personal names, or designs, letters, numerals, colours, the shape of goods or of the packaging of goods, or sounds, provided that such signs are capable of:

This unitary IP protection granted over a very large and relevant market, is a real asset for those who trade in Europe. Effectively, their EUTMs guarantee, within the entire Union, that no one, especially no competitor, will be able to infringe upon their mark. Such prohibited infringements can consist of using in the course of trade:

UK businesses involved in European trade thus have a great interest in assuring that their distinctive features be protected from infringements in the EU territory.

They should keep in mind that, since the end of the transition period (31st of December 2020), they must now separately apply in the UK and the EU to have their mark protected in both territories. Indeed, the UK having left the EU, an application with the EUIPO will not protect them in their home Country. A fortiori, an application with the UKIPO will not grant rights in the EU.

Nevertheless, in the pursuit of a smooth transition, UK persons who were already proprietors of an EUTM before the 31st of December 2020 have automatically been allocated UK comparable rights.

2. Any company, including those incorporated outside of the EU, may apply for European Union Trade marks

It is not required for EUTM applicants to be incorporated in, or nationals of, a Member State in-order-to apply for an EUTM. Indeed, “any natural or legal person […] may be the proprietor of an EU trade mark” (Art.5 of the Regulation). Therefore, EUTM applications are still open to UK companies and nationals, in spite of Brexit.

As reminded above, the transition period, during which EU law (including the Regulation) still applied to the UK, ended on the 31st of December 2020. Gladly, the validity of EUTMs granted to UK persons prior to Brexit was not affected by the departure.

On the other hand, substantial changes occurred as to how new UK-originating applications can be made, and as to how UK holders of existing EUTMs must be represented for any proceedings, before the EUIPO.

3. Changes affecting the recourse to professional representatives before the EUIPO

In principle, applicants cannot be compelled to be represented for their filings and proceedings before the EUIPO. As an exception to this rule, “natural or legal persons having neither their domicile nor their place of business or a real and effective industrial or commercial establishment in the European Economic Area shall be represented before the Office […] in all proceedings provided for by this Regulation, other than the filling of an application for an EU trade mark” (Art. 119 of the Regulation). Hence, it is now mandatory for UK persons to be represented before the Office, for any matter other than application.

EUTM applications and procedures being quite technical (e.g. the list of goods and services for which the IP protection is sought demands a great level of care), it is more than recommendable for applicants to recourse to a “professional representative”. Such representative indeed acts as an agent for the applicants, as well as an intermediary between them and the EUIPO.

Yet, precisely, professional representatives can only be:

Hence, one of the major changes brought by Brexit as to EUTM is that UK companies will not be entitled to be represented before the EUIPO by a UK-based professional anymore. They will have to hire a professional qualified in the EU and working from the EEA.

4. How to file a European Union Trade mark application : a brief guide

Filing an EUTM application is a technical process. Although it can be made online in a relatively short time, there are several important steps and formalities which must not be overlooked. The most important ones are briefly described below.

Before filing the application, it is fundamental to determine what goods and services (as listed in the Nice and Vienna classifications) will be covered by the EUTM. The list should be very specific and comprehensive, yet not too broad, so that the EUTM does not become vulnerable to attacks. A fine balance must be reached.

Once the list is established, preliminary checks must be undertaken, regarding the main characteristics of the mark. It is indeed necessary to make sure that:

It is important to remember that, under Art. 11 of the Regulation, “the rights conferred by an EU trade mark shall prevail against third parties from the date of publication of the registration of the trade mark”. It is therefore essential to make sure that no similar or comparable EUTM was registered, or is pending, before making the application. This anteriority check must be made on a EU-wide basis. Some very useful tools exist to facilitate this search, such as TM view.

Once the two first steps above are completed, it is time to file the EUTM application per say. This is done online, directly on the EUIPO website. Depending on the level of complexity of the application, several forms are available. For individuals and businesses who chose to file their application themselves (it is usually the case when they have an in-house lawyer or IP professional) the EUIPO proposes the “Easy Filing Form”, which uses the standardised “Fast track” system (this first option being reserved to word or figurative trademarks only). On the other hand, the “Five Step Form” and the “Advanced Form” allow for a more sophisticated and tailored approach.

No EUTM application is complete unless the EUIPO fees have been paid. These are quite costly, as the standard application fee charged by the EUIPO amounts to €850 for one class of goods and services. Each additional class incurs additional costs of €50 (and €150 from third class onwards).

4.4. Publication of the application by the EUIPO and 3-month opposition phase

Provided that the EUIPO, as a result of its examination, does consider the application to be admissible, it will make it public. Consequently, third parties will have 3 months to make oppositions and raise claims against the application. Article 46 of the Regulation indeed allows proprietors of earlier trademarks (whether EUTMs, national TMs, or other TMs having effect in the Union) to notify their opposition to the registration of the EUTM by the EUIPO. They can do that on the grounds that:

On expiry of the 3-month opposition period, the EUIPO will undertake some final verifications (for about two to three weeks). If it is satisfied that all conditions are met for an EUTM to be granted, it shall officially register the EUTM and publish such registration. The applicant then receives his certificate of registration, which constitutes the legal title of proprietorship and guarantees IP protection for the next ten years in the Union.

Once registered and published, the EUTM will need to be genuinely used by its proprietor, within the EU and within 5 years after registration. Otherwise, the rights would be in jeopardy:

It is therefore important to remember that, if and when the EUTM is granted, the proprietor should not satisfy itself with a mere protective use of its TM, but should rather use it as a genuine part of its European business.

To put it shortly, according to the European Court of Justice, “genuine use” means, inter alia:

Getting your UK trade mark registered within the entire European Union offers a strong and broad protection. This is a question UK businesses and entrepreneurs involved in European trade should really ask themselves, to guarantee that their IP is secured from infrigements on the continent. Although the level of fees charged by the EUIPO can seem quite high, one should remember that the IP protection granted is one of the largest in the world. Furthermore, the effective use of the EUTM within the Union does not oblige its proprietor to trade under his TM in every single Member State. Registering an EUTM might therefore be a sensible investment, from the start of the activities in one Member State, to facilitate a progressive extension towards other Member States therafter.

Should you have any question about EUTMs or our intervention as professional representatives, please contact us.

You can find out more about which cookies we are using or switch them off in settings.

This website uses cookies so that we can provide you with the best user experience possible. Cookie information is stored in your browser and performs functions such as recognising you when you return to our website and helping our team to understand which sections of the website you find most interesting and useful.

Strictly Necessary Cookie should be enabled at all times so that we can save your preferences for cookie settings.

If you disable this cookie, we will not be able to save your preferences. This means that every time you visit this website you will need to enable or disable cookies again.